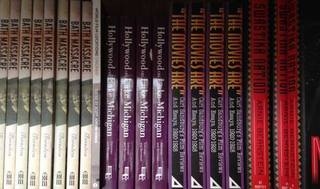 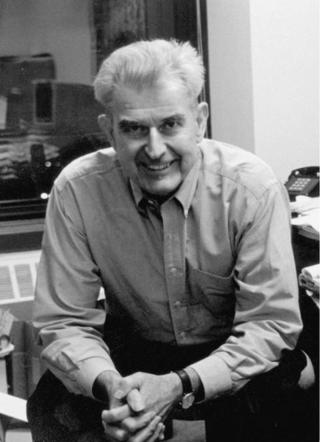 When I was a graduate student in the Fiction Department at Chicago's Columbia College, we were lucky enough to have the acclaimed novelist Harry Mark Petrakis teach a one-shot workshop.  He read us a draft of a story, then started cutting words—"trimming the fat," as he put it.  What emerged was a powerful and more gripping tale.  Petrakis's lesson was simple, often taught, but still enlightening to a novice like me.

Afterwards, I spoke with John Schultz, my professor that semester for Fiction II, department chair for the program, and creator of the Story Workshop method of writing.  "That was really something," I said.

"You may be seeing that soon," he responded.

At our next session, John read one of my stories, then took out a red pen and slashed without mercy.  The fat was trimmed, the muscle emerged.   I was invigorated.

That was John, who passed away at age 84 on Saturday, May 6, 2017.  He demanded smart writing from his students, and he got it.  On one of my stories, in which I described a villainous grade school teacher as being filled with "black-hearted blood," John wrote two words next to my verbiage: "oh please."  The hyperbolic excesses were vanquished.  For one exercise he asked each of us to bring in a novel with a strong writing voice on the page.  I chose Compulsion by Meyer Levin, a semi-fictional account of the notorious 1924 murder of 14-year-old Bobby Franks by Nathan Leopold and Richard Loeb, two University of Chicago students who believed they were Nietzshean supermen.  In the scene I read, one of the protagonists forces himself on his girlfriend in an unflinching description of sexual assault, told with a raw brutality.  While an older student in the class said she felt it was an honest account of how the world once worked, most of the other women in class were furious with me.  How dare I read such stuff—as if I were endorsing date rape.  I found myself apologizing.

At the break, John confronted me in the hallway.  The selection I brought in was powerful and complicated, he told me, and I was right to read it despite the protestations of my classmates. Then, in his deep senatorial voice that always commanded my respect, he said, "Never apologize." Another short two-word lesson that has long stayed with me.

That said, I never found John to be intimidating or aloof.  Rather, he was exactly who he was: a passionate teacher who loved to bring out the best in his students.  His Story Workshop method—telling a story fully, seeing in the mind, surprising yourself with words and following them wherever they lead—blew apart the standard way of writing we've all been taught since grade school: A paragraph should have so many lines.  A paper should have so many paragraphs.  Begin with a thesis. The body of the paper should develop your talking points. In your conclusion, the thesis must be restated.  Diagram sentences to understand how they're grammatically put together.

Nonsense to all that was John's approach.  "A major emphasis on grammar actually hinders students in learning to write effectively," he declared in his book Writing From Start to Finish.  "When writers rely on their intuitive grammatical sense and put their effort and concentration on getting across what they have to say…their expression becomes better-formed….(T)heir writing stands a chance of becoming compelling."

Twenty-five years later, I'm now a college writing teacher, applying with vigor what I learned in John's classroom.  I teach community college English 101 classes at one school; at another, where the student body is about 99 percent Hispanic, I teach developmental writing.  I use Story Workshop methods in both classes, emphasizing to my students that essays are best when a natural writing voice commands the page.  This goes over well in my 101 classes to be sure, but it is in the Developmental Writing sections where John's lessons take glorious flight.  As the semester begins, many students come to class terrified.  It's a non-credit course they must take in order to get into 101.  At the beginning of the term I meet students who've had it drummed into their heads that "writing" must fit into rigid formulas.  Not an easy proposition for 18-year-olds, for whom many do not speak or write in English as their first language.

I push them like John pushed me, telling them to write in their natural voice, to "sound like you."  Don't worry about grammar or spelling.  Don't worry about getting it wrong—you can't as long as you have something to say.  Write it down, write it down, write it down.  When the draft is complete you go back and "trim the fat."  And it works.  I open every semester asking students if they're afraid to write (they are!) and why.  The usual reasons come up: grammar, spelling, I don't know what to say, I don't know how to get started.  Story Workshop blows through those misconceptions and after sixteen weeks students who once were afraid to face the blank page or screen tell me, "I can write!"

This past semester one student told me she was afraid to write because maybe she wasn't "smart enough."  After class, I read her the Riot Act, telling her that yes, she not only was "smart enough," but that when I was through with her she'd be writing beautifully.  By the end of the semester she had developed a powerful voice, speaking to her experiences as the daughter of immigrants and the prejudices her family endured.  Her work was angry, forthright, and riveting.  In her final essay, writing a reaction to a story on The Great Depression of the 1930s, one of her sentences was as beautifully written description of that era as I've ever read: "People suffered."

When class let out, I called her over.  We shook hands, both smiling like idiots.  "Smart enough?" I asked.  She nodded affirmatively.  I'd like to think this was something John would have told her.

There's so much more I could write about John.  How he brought in the short story "Slight Rebellion Off Madison" by J. D. Salinger, originally published by The New Yorker in December of 1946.  The story, told in third-person, was about the adventures in New York City of a young man named Holden Caulfield.  John then read the same scene, as rewritten in first-person for Salinger's The Catcher in the Rye.  An invaluable lesson in "good writing is rewriting" that still inspires all these years later.  (As an aside, when my niece was reading Catcher for her high school English class, I repeated John's lesson by giving her a copy of the original New Yorker story, and telling her to look over how it was rewritten.  "Go show those other mopes you have to go to school with how to learn," I told her.)

I end with this: years after I graduated, when I would see John at readings or book launch parties of other former students and teachers, he would tell me how much he liked my books Bath Massacre: America's First School Bombing and Swastika Nation: Fritz Kuhn and the Rise and Fall of the German-American Bund.  He praised the vividness of my writing.  That meant the world to me.  One of the last times I saw John was at the wake for his life partner-in-crime Betty Shiflett.  Standing with John and a friend of his, I told the friend, "Without John, there is no me."  John laughed, that wonderful hearty laugh of his, and told me I was too kind.  But it was true then and it's true now.

John Schultz was my teacher. 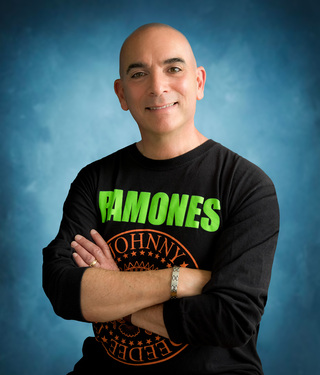